Covid-19, horrific in so many ways, has brought one benefit to academia — it has necessitated experimenting with the traditional academic calendar. Fortunately, this forced innovation has pushed the boundaries of what’s considered practicable. Some changes are likely to be carried forward in the post-pandemic era because results show that they’re more effective  for learning and less expensive operationally.

Jeff Selingo, the author of Next, a newsletter that covers trends in college admissions, observed 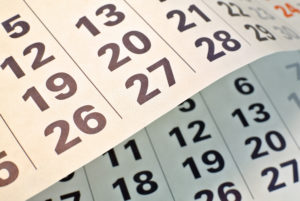 in a recent issue that, “The academic calendar in higher ed was chiseled in stone decades ago. It’s long been a barrier to change in higher ed.” One reason for the traditional calendar’s incapability of change is that it drives faculty contracts, student loans, allocating classrooms, scheduling student events, and many other facets of college operations.

The calendar’s rigidity is partly due to the inertia that inhibits change in large bureaucracies. Many people like the traditional calendar just the way it is whether it makes sense in 2021 or not. As noted by Dana Goldstein and Kate Taylor in the New York Times recently, “Contrary to popular belief, summer vacation is not a relic of the nation’s agrarian roots. Farm parents most needed their children’s help during spring planting and fall harvests, so schools in the early 19th century often met during the summer and winter. By the late 19th century, however, academic calendars looked a lot more like they do today, with many classroom buildings simply too hot, humid and uncomfortable during the summer.”

Underlying the bias in favor of the status quo has been the widely shared view that the undergraduate years are not just about education. They’re also about the college experience and “coming of age” ­­— four years of semi-adulthood during which students can prepare for whatever comes next. However, this view has  outlived its usefulness for the majority of students because it often makes college unaffordable, impractical, or undesirable, findings affirmed by the exigencies of the pandemic.

The Time for Change Has Come

The pandemic has created a need for college administrators to examine the efficacy of the traditional calendar and to experiment with new modes of learning. This experimentation coincides with the need for a transformation in the modus operandi of American colleges following a decade in which total enrollment declined every year.

In the February issue of Forbes, Brendon Busteed posed the following questions to draw attention to the deficiencies of the traditional academic calendar:

Many of these questions can be explained and answered to varying degrees through the lens of the academic calendar.”

Busteed has identified three principles he thinks should guide the re-structuring of the academic calendar. Changes should:

A common feature of most pandemic-induced changes has been introducing modules (or blocks) that subdivide semesters and extend through summers. Modules allow for the sort of 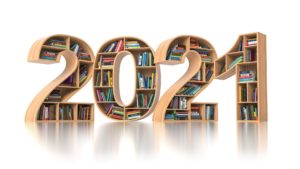 flexibility demanded by the wide range of life circumstances among today’s undergraduates. A modular approach also enables colleges to take advantage of the state-of-the-art distance learning systems in which they’ve invested heavily in the last year.

Some module-based changes have been in use for years but weren’t widely adopted prior to the pandemic because there was no compelling reason to do so. For example:

2.   Georgia Tech offers five-week-long “mini-mester” courses. Mini-mester classes meet Monday through Thursday for three hours and cover the same material as a full semester. Mini-mesters have been conducted during the break between fall and spring semesters since they were introduced after the conversion of the fall semester to its current schedule in 1970. Prior to 1970, the fall semester was interrupted by a 2-week break for the Christmas-New Year’s holidays and then resumed in the first week of January, finishing by the end of the month.

This was followed by a 3-week semester break. Starting the fall semester earlier and ending it just before the holidays enabled colleges to combine the 2-week and the 3- week breaks into one 5-week period, which allowed time for a mini-mester. Mini-mesters were instantly popular with students who wanted three extra credits or simply found time off in mid-winter pointless. Like “A-B-C” semesters, mini-mesters have proven their viability over time.

3.  The majority of college summer programs are being re-structured into a third semester for 2021. They’ll have two sessions and offer a larger choice of courses than the limited set of past years. Colleges are modifying summer school to enable students to complete courses that they were forced to drop or which were unavailable due to the pandemic. However, summer-as-third-semester is a model that’s likely to be adopted permanently. With a full-time, year-round academic calendar, students who choose to do so will be able to complete all requirements for a bachelor’s degree in 3 years or less, which is common in the U.K. and Europe.

Changes to the traditional academic calendar are likely to appeal to you as an applicant.  In being more closely aligned with needs and preferences, a re-structured calendar can help you to achieve your educational goals faster.

There is one downside —  the more choices available in the academic calendars of colleges, the more challenging the process of selecting your best-fit colleges will be. In addition to all of the other variables in play, you’ll need to add your preferred calendar to the mix, a consideration that wasn’t even on applicant’s radar in the past. The expert guidance of an experienced Independent Educational Consultant (IEC) thus becomes even more advantageous to you as we approach the 2021-22 admissions year.