If you’re a high school student with the right aptitudes and interests, you should consider engineering as a college major. A degree in engineering is an excellent foundation for a financially and personally rewarding career. To succeed at an engineering school, however, you must be willing to work hard and to dedicate yourself to the engineering discipline you choose.

The starting salaries of engineers are among the highest of undergraduate majors. For example, in a recent year, the engineering graduates of MIT received an average of $95,000 as 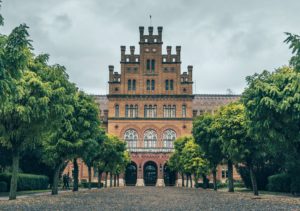 The six main categories of engineering are civil, computer, electrical, scientific, mechanical, and environmental. Within these categories, there are many specialties, many of which are integrated with a science curriculum. The range of engineering degrees offered by American colleges is indicated below in Table A.

Only half of the top 20 National Universities are also among the top 20 Engineering Universities. The other 10 range from #22 (UC Berkeley) to #66 (Texas A&M).  Only MIT is in the top five in both Columns.

Two of the best engineering schools in the country warrant special note for their innovative engineering programs. They are the Carnegie Mellon Institute of Technology and the College of Engineering at Georgia Tech.

Students at Carnegie have the option to augment their engineering degree with one of 10 interdisciplinary majors, each conducted in conjunction with a specific science curriculum.  Undergraduates can complete an accelerated master’s degree within one year of earning their bachelor’s degree.

Students at Georgia Tech’s College of Engineering also have an extensive range of majors in which to specialize, from medical physics to aerospace engineering. Among the programs offered, the industrial and biomedical engineering programs are especially well regarded.

If you’d like more guidance on selecting an engineering school and’s a good match academically, socially and financially, contact me at [email protected] or 803-487-9777.  I work with students in-person and virtually throughout the nation and the Virgin Islands.