The admissions results for the Class of 2024 may be the final snapshot of a passing era. The deadline for applications was the end of January. Decisions were announced in late March. By April 1, most colleges had ceased operation due to the pandemic. Therefore, admissions to the Class of 2024 were not affected by the pandemic, but next year’s certainly will be.

Since decisions were released, the pandemic has frustrated those admittees who must choose from multiple acceptance offers. For those who have made their choice, the pandemic is interfering with all that normally precedes the fall semester.

Exactly what the fall semester will entail is unclear. Most college administrations are undecided, 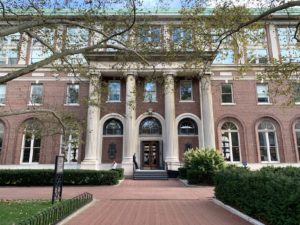 but some have announced that students will be on campus in the fall with social distancing rules in place. Others have determined that they’ll only offer online classes in the fall. Many students will need to weigh the health risk of the full campus experience against the safety of virtual classrooms. Understandably, a higher than usual percentage of students are considering taking a gap year.

The earth has shifted for most American colleges

They will be severely tested by the decline in revenue that the pandemic is causing. Many will be forced to reduce their budgets, which may mean cuts to faculty, curricula, majors, residential and campus amenities, sports, recreational and cultural programs, and other features of a college’s value to students. This portends significant changes to the historical patterns of college admissions.

One positive result of this unpredictability is that waitlisted students are much more likely to be admitted. Concern over potentially low yield rates has motivated even the most elite colleges to go deeper into their waitlists than in the past. If you’re waitlisted, don’t hesitate to call an admissions office for an update on your status.

Although there were a few anomalies in the 2020 results, most colleges, especially the most highly selective ones, continued their pre-pandemic trend towards more applications and lower admissions rates. Table A shows the rates for a sampling of highly selective and popular regional institutions compared to their rates in 2019. Following Table A are comments about a few of the colleges.

Middlebury College: The admissions rate at Middlebury retreated sharply from 16% in 2019 to 24% in 2020. No explanation has been provided by the school’s press office.

Brown University: Brown’s results for the Early Decision cycle saw applications up to an all-time high of 4,562. Its ED admissions rate was the lowest in the school’s history at 18%. However, the Regular Decision rate rose from 2019, bringing the overall admissions rate more in line with past results at 7%.

University of Southern California: USC’s acceptance rate increased to 16% for the Class of 2024, up from 11% in 2019. The University received 6,000 fewer applications in 2020 than in 2019. This is the first year that prospective students applied to the University after the Varsity Blues scandal, and the results are considered a reflection of that fact.

Wesleyan University: Wesleyan accepted 2,351 students to the Class of 2024 out of 12,752 applicants. While the University has experienced an upward trend in applications in the past, the applicant pool was smaller than usual this year. As a result, the admissions rate eased from 16% in 2019 to 20% in 2020.

Williams College: Williams admitted more students than usual this year in anticipation of a less predictable yield. Over the last five years, the College has accepted an average of 1,197 students for a target class size of 550. This year, Williams admitted 1,250, making it one of the few colleges that anticipated the potential ramifications of the pandemic in its early stages.

I’ve guided hundreds of students to college success, let me be your guide as well! Email me at [email protected]

Join Charlotte Klaar, PhD, for a free Zoom session on college admissions during the pandemic 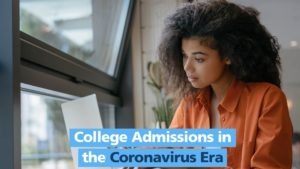 1. SAT/ACT Testing changes due to Covid-19
2. Possible college scenarios for the Fall 0f 2020.
3. How this affects the class of 2020 in terms of financial aid renegotiation, waitlist movement, and deferrals.
4. How it affects the class of 2021: visits that can’t happen, testing that was cancelled, maintaining the activity resume during lockdown.

This post was written in February, before COVID-19 was declared a worldwide pandemic, and schools and businesses across the country were shuttered.  Please read to the end of this post for updated advice regarding waitlists.

Last year, more than 600 institutions used a waitlist, including many selective and highly selective institutions. Nationally, about 150,000 students accepted a spot on one of the lists. Over a recent four-year period, colleges admitted about 33 percent of waitlisted students, according to the National Association of College Admissions Counselors.

Waitlists in the time of Covid-19:

In these uncertain times, it’s vital to make decisions based on what is in hand rather than hoping for what may never happen. Therefore, if you have been accepted to some of the colleges to whom you applied and would be happy at any of them, decline the waitlist and go with one of these colleges.

Pick the one that is most attractive to you socially, emotionally, and financially.  Send in your deposit and then tell the other colleges who have accepted you that you decline their invitation. This will release these spots for students who may not have been as fortunate as you to have received an acceptance from anyone.