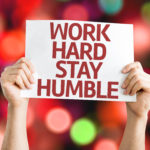 On October 6 from 6:30 to 7:30 p.m. I’m hosting a free webinar that will walk through the elements of writing your college essay, including how to find the topic that reflects who you are and why you would be a great addition to the campus community.

I know what admissions counselors are looking for in essays, and I help students ensure that their essay message will resonate with the rest of the application, and shows the student as a growing person.

Luck can be said to hold sway over everyone’s destiny in matters large and small. All the same, it’s a mistake to view admission to elite colleges such as Harvard as a throw of the dice. Admission to a top-tier college is the culmination of a multi-year effort on your part to qualify academically and as an individual. This is the only way to achieve your goal if you aspire to attend such a school. If you think that the selection of applicants for admission is arbitrary, you’ll slip up in ways that may

prove fatal to your effort.

The bewildering aspects of this year’s admission cycle, heavily impacted by the pandemic, have convinced many that even if you have the best of credentials, you’ll be reduced to crossing your fingers if you apply to an elite college. The fact is that the admissions process at these institutions remains rational and predictable.

One Real Disadvantage That You Will Face

There is one negative aspect of the 2020-21 admissions cycle that affects you and your peers in the Class of 2025. There will be fewer freshmen seats available to you. This past spring, a larger than normal number of students who accepted offers of admission chose to take gap years due to the pandemic. Because they could not travel, international enrollees were also granted permission to put off matriculation until the fall of 2021.

These postponements forced administrators to admit more applicants than usual from their waitlists so that they could fill out the planned size of their freshman classes. Applicants accepted from waitlists this year will continue to matriculate in 2021. The resulting scenario means that the seats that were not filled by those who postponed enrollment for a year will be unavailable to new applicants. This will make admission somewhat more competitive for you and your cohort than it would otherwise have been.

Keep in mind that the long-term impact of the contingencies arising from the pandemic are unknowable. You shouldn’t assume that time-tested methods of improving your chances of admission are no longer useful.

What’s Luck Got to Do With It?

There’s nothing new about skeptics saying that admission to elite colleges is arbitrary and unpredictable. One such skeptic is Michael Kinsley, a graduate of Harvard College, Oxford

University, and Harvard Law. He has been editor of The New Republic, the host of a several public issues TV shows, and the start-up editor of Slate. A smart guy — but wrong about college admissions.

Although he’s an alumnus of Harvard, Mr. Kinsley doesn’t appreciate the sophistication of the admissions process at elite institutions. He wrote the following a while ago in a column for Vanity Fair magazine:

“The number of slots at highly selective College X has stayed the same or increased only slightly. When you put it all together, it’s amazing that anyone bothers to apply to College X at all. This may be of doubtful consolation to an applicant and his legacy parent, but it all really boils down to luck. Nobody ‘deserves’ a place at College X. The luck may be… in the dubious meatloaf the dean of admissions had for dinner the night before your application was considered.”

The dubiousness of meatloaf notwithstanding, let’s infer that Mr. Kinsley thinks that a college’s decision to accept or reject you depends on the mood of the individual who, through luck of the draw, reviews your application. So, what is it about Kinsley’s take on the elite college admissions process that misses the mark? Let’s consider what are referred to as the factors of admission:

You can’t defy the power of the pandemic to change the process of admissions, at least not this year. But for the purposes of gaining admission to elite colleges, you should approach matters as if this year were no different from any other.

And as far as luck goes… “Never give up and luck will find you.”